The U.S. stock market has hit a rocky patch over the past two weeks. But the S&P 500 Index still remains less than 5% below all-time highs.

This is a marked contrast from the emerging markets, which have been sliding, and many in bear market territory, for the past few months.

You can see the extreme decoupling that occurred between the S&P and Emerging Market Index (EEM) that began in May. 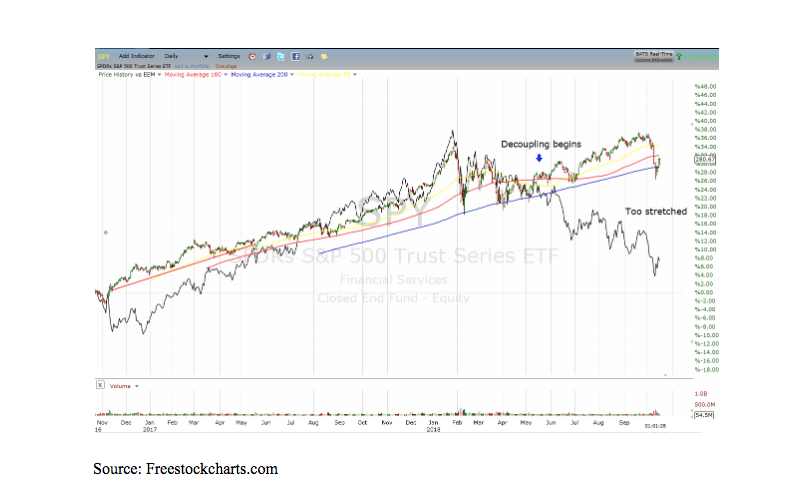 This of course coincided with the ramping up of trade war and tariff talk. While a resolution between the U.S. and China is still up in the air, many of the satellite players have already absorbed any fall-out and have shored up their sovereign balance sheets. 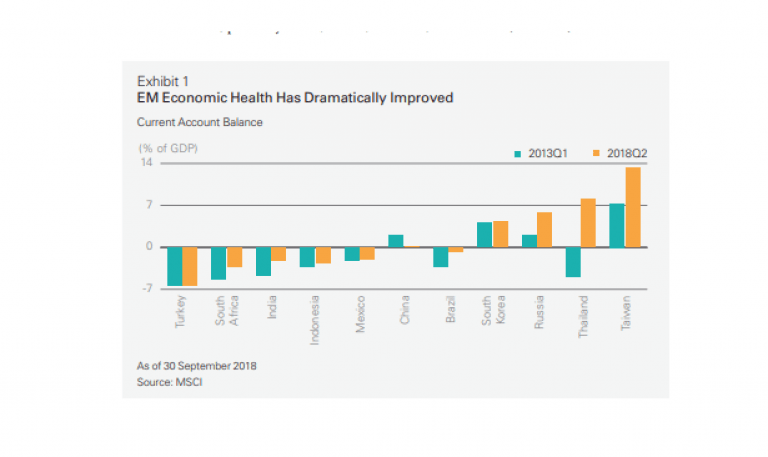 The markets seem to have discounted this fundamental dispersion. Countries with surpluses have had stable or appreciating currencies this year. Those with deficits have had declining currencies.

It appears that negative sentiment may have even overshot — as emerging markets currencies have sold off by more than debt and equity outflows would generally imply. Notably, in the last week of September, emerging markets bond inflows rose to their highest level, $2 billion, since February’s $483 million.

On the other side of the coin, emerging market equities recorded outflows in nine of the past 10 weeks. But the pace is decelerating. Trade protectionism remains a real risk although this seems to be fully discounted.

Emerging markets equities now have the lowest valuations of any major asset class, and free cash flow yields are estimated at 5%–7% over the next 12–15 months. Their discount to developed markets has deepened to the 30% range.

Some markets, most notably Brazil, have already started to turn high. The catalyst for the turn in Brazil is the election where it now seems the right wing, pro-business candidate has a legitimate shot at winning. Since he closed the gap in polls last months ago the Brazilian market has surged some 30%! 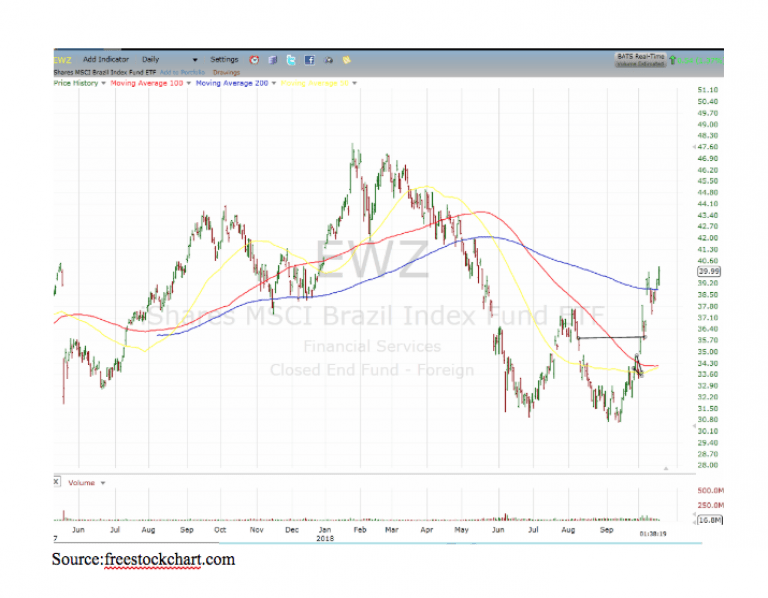 Rising commodity prices, for which emerging markets tend to be net exporters, will also bolster those markets.

Here’s the coffee ETF which is also up some 34% in the past month: 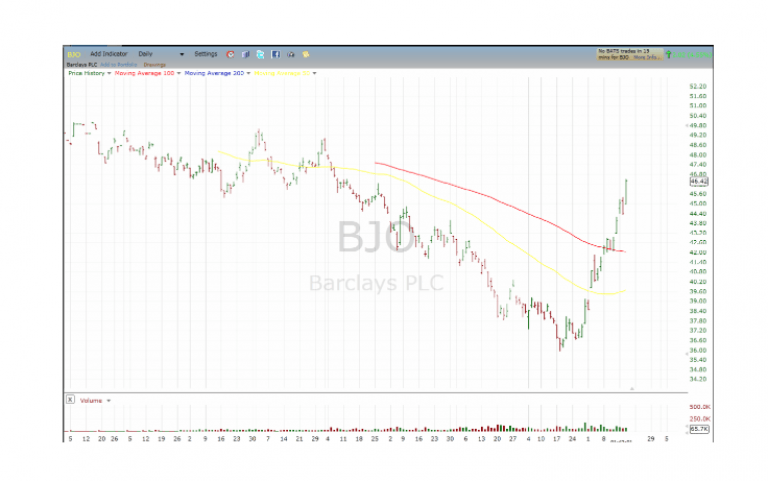 All things economic tend towards reversion and it would seem emerging markets are poised to rally, and play catch up to the U.S.