Instead of keeping you in suspense til the end of the commentary, I will lay it out for you now. I am bullish. But cautiously bullish…as in sleeping with one eye open awaiting signs of when the next bear market comes out of hibernation.

I think we all appreciate that this 10 year bull market is getting long in the tooth…about twice as long as the average bull market. However, bull markets don’t die from old age. Typically there are 3 catalysts that produce a bear market. We will discuss them below and see how this market measures up.

We all understand why this form of economic failure leads to a bear market. The key is to see it coming early enough to lower your allocation to stocks, or even short the market, before losing too much money.

What far too many investors are failing to appreciate right now is the difference between the words “slow” and “slowing” when it comes to economic growth. Yes, the economy is slowing from the robust 4% pace from last year. That is 2X the growth rate of the previous several years because it was fueled by a massive corporate and individual tax cut.

Those tax breaks were like a shot of adrenaline where things slow down back to normal after the effects wears off. But slowing back down to a normal GDP pace is a far cry from the idea of a slow economy…and most certainly is quite different than the notion of a full blown recession.

Lastly, let’s not forget that the average +2% GDP of the previous several years was good enough to produce a stock market that rose 300% from the lows of March 2009. So it is hard to say why some are in panic mode now when the evidence is quite to the contrary. 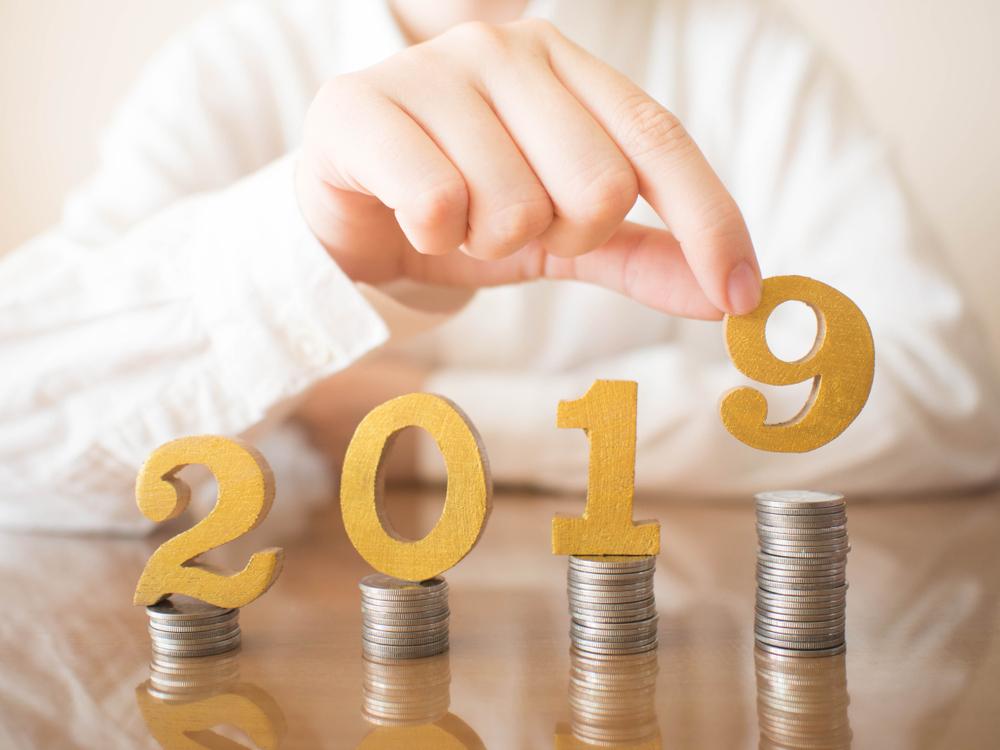 The correlation between periods of high inflation preceding recessions and bear markets is very strong. The Econ 101 version of this relationship goes as follows…When consumers see inflation heating up they rush out and buy more of what they need for fear of even higher prices in the future. This initial burst in economic activity is followed by a decline in purchasing behavior which blossoms into a recession.

A secondary effect of higher inflation is that the Fed will raise rates in hopes of taming the rise of prices. At a certain point these higher rates hurt business investment and profits as borrowing becomes more expensive. Also bond rates start to look like a more attractive investment than stocks leading to a decline in share prices.

OK, that is the backdrop of why we need to be avid inflation watchers. But the reality on the ground is that inflation continues to moderate, which is why Treasury rates continue to decline. It also explains why the Fed has changed their tune about future hikes and are happy pressing pause for the time being.

Most bear markets are born out of recessions. However, some of them are sparked by valuation bubbles. The most recent being back in 2000 when tech stock prices got out of hand.

Right now the forward looking PE for the S&P 500 is 17.2. Yes, that is above the historical average PE of 15, but is actually a bargain for a stock market in the latter stages of a long bull run. 18-20 would be a more logical multiple at this time. So on this key value measure, there is no serious concern that would move us towards a bear market.

PE is not the only way to look at valuation. Really it is more logical to think of it on a relative basis versus the other investment options available. The most common benchmark is to consider the return on the stock market versus Treasury Bonds. We do this by turning PE on its head and think of it as E divided by P which is called the “Earnings Yield”.

The forward looking EPS for the S&P 500 stands at about $163.68. Compare that to the current level of the S&P 500. By dividing the latter into the former we find an earnings yield of 5.8%. That is more than twice as attractive of a return as the as the meager 2.4% yield on 10 year US Treasuries.

Historically these returns move towards par at the end of a bull market. It would take 2-3 years of higher inflation to get Treasury rates up that high. So really it is more about a green light for stocks to continue to rise before there are valuation concerns.

Right now it is a case of “3 strikes your out” for those calling for a bear market. However, those expecting this bull market to post another 12% gain in Q2 as it did to start the year are kidding themselves.

At this stage we should expect the market to get back to a more typical 10% a year pace. If that is true, then stocks should make new highs above 3000 later this year. Exactly when is a question that is unknown and unknowable…and in many ways irrelevant.

If the stock market is bullish, then just overweight stocks and don’t sweat the timing. The question of “which stocks?” is the healthier one to ask to find outperformance.

The answer to that question is to focus on stocks enjoying healthy momentum propelled by strong fundamental attributes. Those are the kinds of stocks that you will find sporting a POWR Rating of A – Strong Buy…and the stocks you will find in the recent articles I posted on StockNews.com. Read them now if you haven’t already.

Stock of the Week: PayPal (PYPL)

Deere and Vertex among 5 newly upgraded stocks to Strong Buy