United Airlines (UAL) is set to report earnings after the close today. But, it didn’t wait for the event to announce it is suspending flights of Boeing’s 737 max through the summer.  It joins American and Southwest in halting the use of the plane involved in two recent crashes.

So what can we expect from not just United, but the entire airlines sector, which has been buffeted with concerns ranging from overcapacity, the grounding of Boeing’s (BA) 737 Max and rising fuel costs over the next few months.

Warren Buffet once famously swore that he’d never invest in airlines, believing it was a flawed business model. But, in 2015, he changed his mind and allowed his firm Berkshire Hathaway to take large stakes in several of the major carriers such as American Airlines (AAL), United Continental Holding (UAL), Southwest Airlines (LUV) and Delta Air Lines (DAL).

So what caused him, or more likely one of his empowered deputies, to change their mind, and make a significant and presumably long-term investment in the sector?  A little history and analysis will provide some insight into where the industry might be headed.

Even though the industry has been around for nearly 100 years, and the way we fly has not changed in 20 years, and is unlikely to for the next 20, the planes will still be of the same size and fly at subsonic speed. I believe that the airline industry is in the early stages as a profitable investment vehicle.

For decades, since deregulation, airline stocks have been a lousy investment. The industry was fraught with too many players, demanding unions, unstable fuel costs, and executives who lacked fiscal discipline. This combination engendered a “boom and bust” cycle that was ruinous for long-term investors.

So what changed to drive the airlines to new heights in the past five years? To put it simply. three things have finally occurred; Consolidation, bankruptcy and capacity rationalization.

These did not come easy, in fact, it took the dual crisis of the 9/11 terror attack, and the great recession of 2008, to provide the economic do-or-die impetus for structural operational changes. In the wake of these twin challenges, the airlines finally wrung out excess and have been flying high ever since.

More recently, we see that it has not only not had many gains, but also has major sell-offs that have made investors queasy. I think, with price consolidation to digest recent gains, the group can resume its ascent.

One of the key questions to arriving at our answer is whether the reaction to airline management decisions to add capacity is an over-reaction that masks improved fundamentals.  First, it’s important to provide some historical context.

The deregulation of the airline industry, in 1978, changed the airline industry landscape forever. After 1978, airlines were allowed to compete in an unregulated market, which meant fewer permits, and a capitalistic market, driving ticket prices down. With new companies jockeying for a larger slice of the market, increased competition led to capacity increases and price cutting, which eventually doomed the industry. Most airlines either capitulated or got consolidated into other airlines. A total of 183 airlines went bankrupt since 1978.

With the industry becoming right-sized, but still not profitable, and 9/11 followed by the oil spike in 2008, the final death knell for the industry occurred. Today, just four major airlines exist with over 85% market share. Such concentration has never existed in the US airline industry. With three out of the four largest airlines having gone through bankruptcy within the last 10 years, these companies have used the bankruptcy process to become stronger, leaner and more profitable by discarding unnecessary assets, cutting excess headcount, implement wage cuts and negotiating on pension liability, none of which would have been possible had they not gone through bankruptcy.

Executives at all 4 airlines now claim to understand the importance of keeping capacity in check. Since 2007, the industry has significantly fewer seats while demand has continued to increase. This capacity rationalization has given US airlines pricing power. For the first time since 1990, we are seeing pricing increase by 20% over the last five years. Rather than fighting for market share, airline executives say they are focused on running their operations for efficiency and profitability. Internationally, however, the story is different as competitors continue to be irrational.

International government-operated carriers are not run for profitability; instead, they are run because nations take pride in having their own national, well-recognized carrier. This leads to the running of unprofitable routes and puts pressure on other international carriers. So what happened in 2015 to spook investors? As the economy has continued to improve, travel has picked up and the US airline industry is expected to face its busiest summer this year. According to a forecast by American Airlines, approximately 222 million passengers will fly on US airlines this summer

Too Much of a Good Thing?

To meet this anticipated demand for travel, US carriers have responded by raising the number of available seats by 126,000 per day (4.6%) during 2018.  The trend was viewed as bad news by airline investors, who had been enjoying somewhat of an ideal situation for generating profits. Scarce capacity kept fares high – while low energy prices put a lid on costs. American Airlines CEO Doug Parker increased investors’ concerns when he declared that airlines were expanding capacity too quickly. If system-wide capacity grows more quickly than passengers demand, this could result in falling airline ticket prices, and in turn, lower margins

The immediate thought was, “here we go again! ” As soon as profitability rises, and the outlook turns sunny, airlines add capacity to increase their market share, unions make unaffordable wage demands, and/or new competitors enter the market generally promising lower prices. Operational discipline gives way to irrational competition and an oversupplied market. As investors, we are concerned whether the cycle is being repeated. And with jet fuel prices unlikely to fall further we are worried about whether this is a time of “peak profit” for airlines.

While fares, in fact, come down, they have done so only modestly; data analytics company Hopper showed that airline fares will average about $249 through the end of the year, which is around 2.8% cheaper than in 2014, and 6.8% cheaper than in 2013. But, even that might be pessimistic as fares rose by 1.2% in January and February, according to the Bureau of Labor Statistics


A more important and promising metric is revenue per mile (RPM), as it speaks to profitability per flight.  So, even if fares come down slightly (revenue per passenger), given more people are being crammed into more cost-efficient planes, the bottom line is that profits will improve. In the first two months of 2019, Southwest Airlines generated RPMs of 17.7 billion (up 9.8% year over year) and ASMs of 22.4 billion (up 11.1%), leading to a load factor of 78.2% (up 80 bps).  We can see profitability trends remain very positive.

Meanwhile, key fundamental factors remain in place: Fewer airlines, more travel, no large-scale price wars, reduced union and pension expenses and low fuel costs. These factors have enabled airlines to continue to generate positive free cash flow, which they are using to buy back stock and increase dividends, rather than buying more planes, and irrationally adding capacity or growing for growth’s sake.

Also important, is that most of the major carriers have renegotiated and signed new labor agreements with the various unions.  This was expected to get contentious as labor gave many concessions during the past decade of struggle and re-organizations. Now, with them raking in the profits, the workers wanted a well-deserved raise. Both sides have come to their senses and new 5-year deals are mostly in place.

History teaches us to be vigilant. Accordingly, we must monitor a number of macro and carrier-specific factors, so that we can identify potential risks – changes in fuel prices, irrational increases in capacity, harmful union demands, a breakdown in fiscal discipline, and/or unwise squandering of profits rather than returning it to shareholders. While there may be some bumps along the way, they are generally on the right path. And if they remain on this path, they should reward investors in the long run.

By the way, an underreported fact is that Buffet held most of his stake in US Air through its various permutations for another 20 years before finally unloading it in 2007.  He turned a small profit. 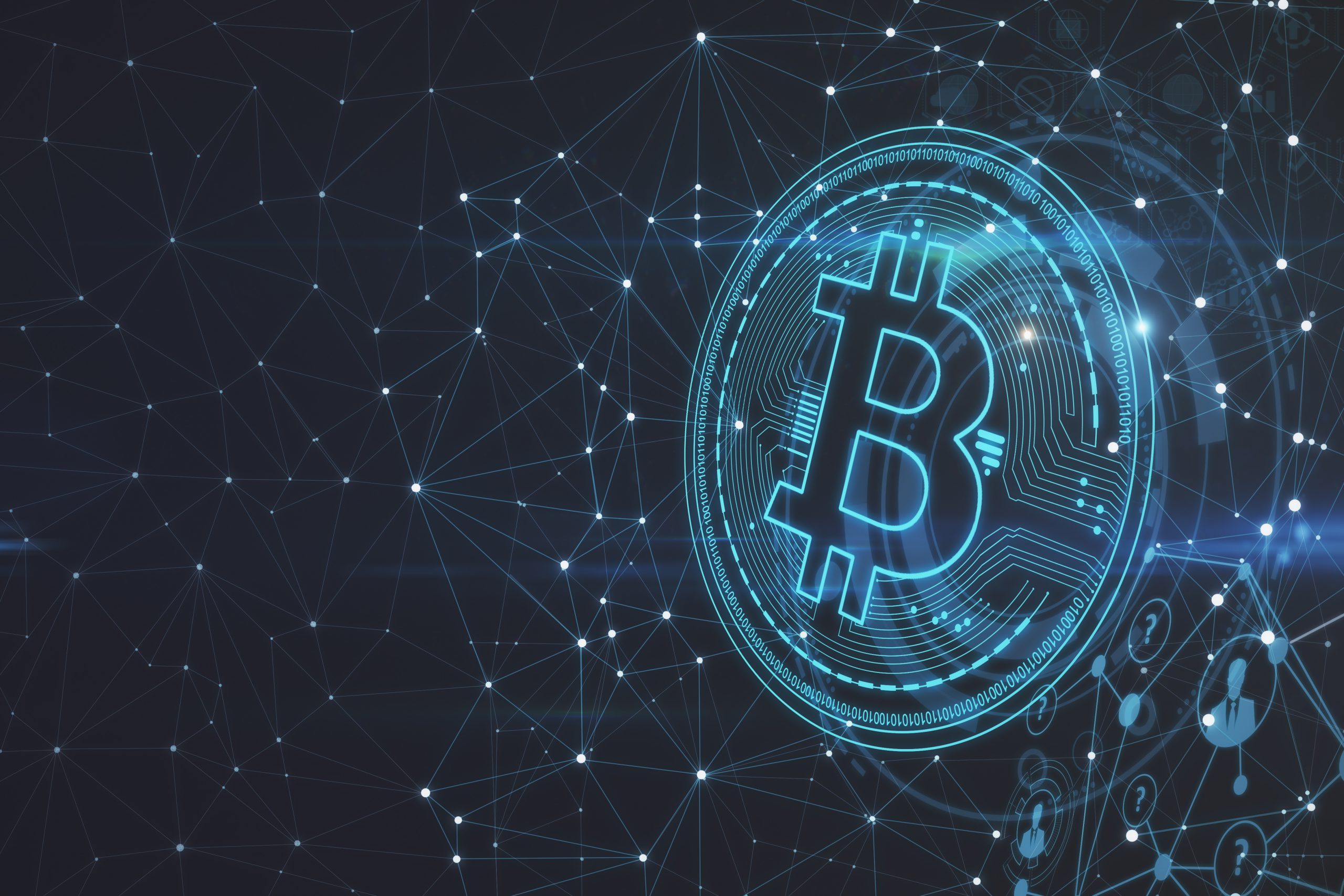